SGS Limited have recently completed the full atrium upgrade of a structurally glazed overhead atrium in South East England.  Due to the extensive leak ingress issues, floor space below had been rendered unusable. SGS were tasked with initially inspecting system, water testing all areas and producing a full condition report.

Upon completion, the testing highlighted several major flaws with the glazed atrium. This included, primarily with severely dilapidated structural seals, far beyond there serviceable lifespan. With the information gathered from our tests, our technical team tailored a bespoke overhaul programme that would overcome design flaws and make use of the latest high quality, system compatible replacement components.

As the high-level replacement works were being conducted on second floor, SGS HIGH LEVEL supplied an articulated truck mount with fully trained IPAF operator and qualified high-level technicians to carry out the replacement of the specialist double glazed units. 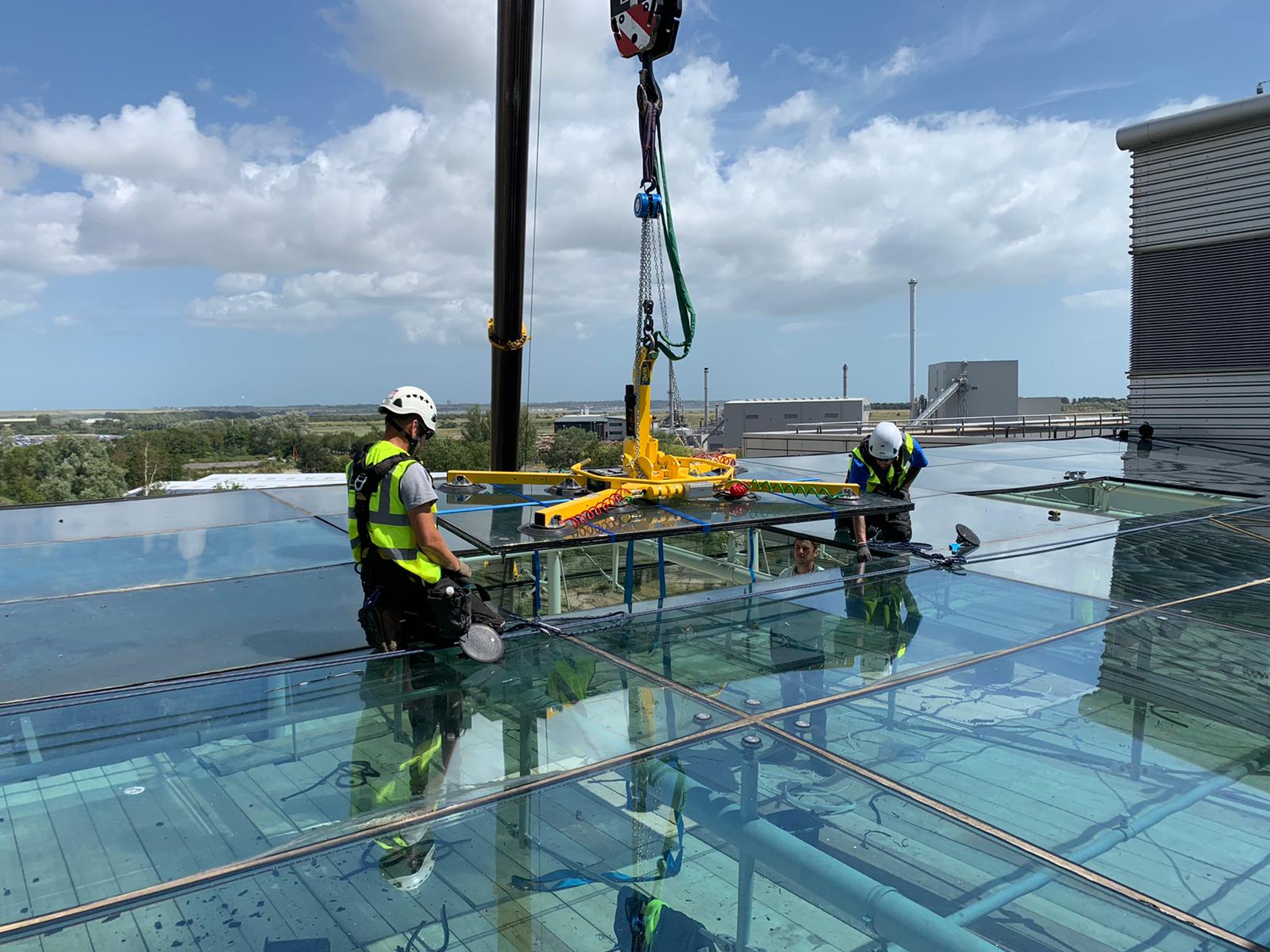 Access for the works were carried out through a combination of IRATA trained abseil glazing technicians and onsite man-safe system externally, in conjunction with a bespoke internal fixed scaffold system. After all works were completed, further tests were carried out and no signs of water ingress through the newly installed system components were discovered. A now watertight and fully serviceable glazed roof atrium was handed back to the client.

Simply enter your email address and receive all of our latest news information.